Welcome to the Official website of Yahuba "El Pollo" Garcia

In the language of his Puerto Rican ancestors, The Taino, "Yahuba" means music or 'grito fuerte y sonoro' (strong musical scream). His instruments include Congas, Timbales, Bongo, assorted percussion, and vocals.  As an educator, he has visited schools, speaking and performing in front of children of all ages about his Puerto Rican culture, music and heritage. As a musician, Yahuba knows no boundaries, he embraces every style of music as if it was his own, and is true to the craft of showmanship. One only needs to see the charismatic joy he delivers through his music to understand how he got his name.  Yahuba currently tours with multiple bands.  Yahuba just wrapped up a national tour with Turkuaz featuring Jerry Harrison and Adrian Belew for the Remain In Light 40 year anniversary tour.  Yahuba was a member of the Ryan Montbleau Band for 7 years and currently frequents the lineup in several bands including, Percy Hill, The Motet, Spotted Tiger, Taproots, The Brother's McCann, Duke Levine's Super Sweet Sounds of the 70s, Jen Kearney & Chad Hollister Band.  He has recorded and played gigs with countless musicians (ie. Martin Sexton, ALO, Assembly of Dust, Michigan Blacksnake, The Boston Horns, Ron Levy and many others).  Yahuba also fronted his own groups The Pollotronik All Stars and The Boogaloo Collective which makes an appearance whenever he can make it happen.  Yahuba has also recorded on over 70 albums with New England area and National artists and continues to be one of the most sought-after studio musicians in the New England area. 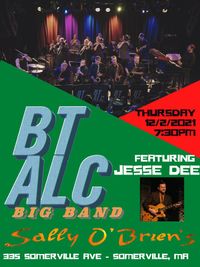 Playing with Gumboots (The Music of Paul Simon)

Playing with Rhythm of the Saints (Paul Simon Tribute)